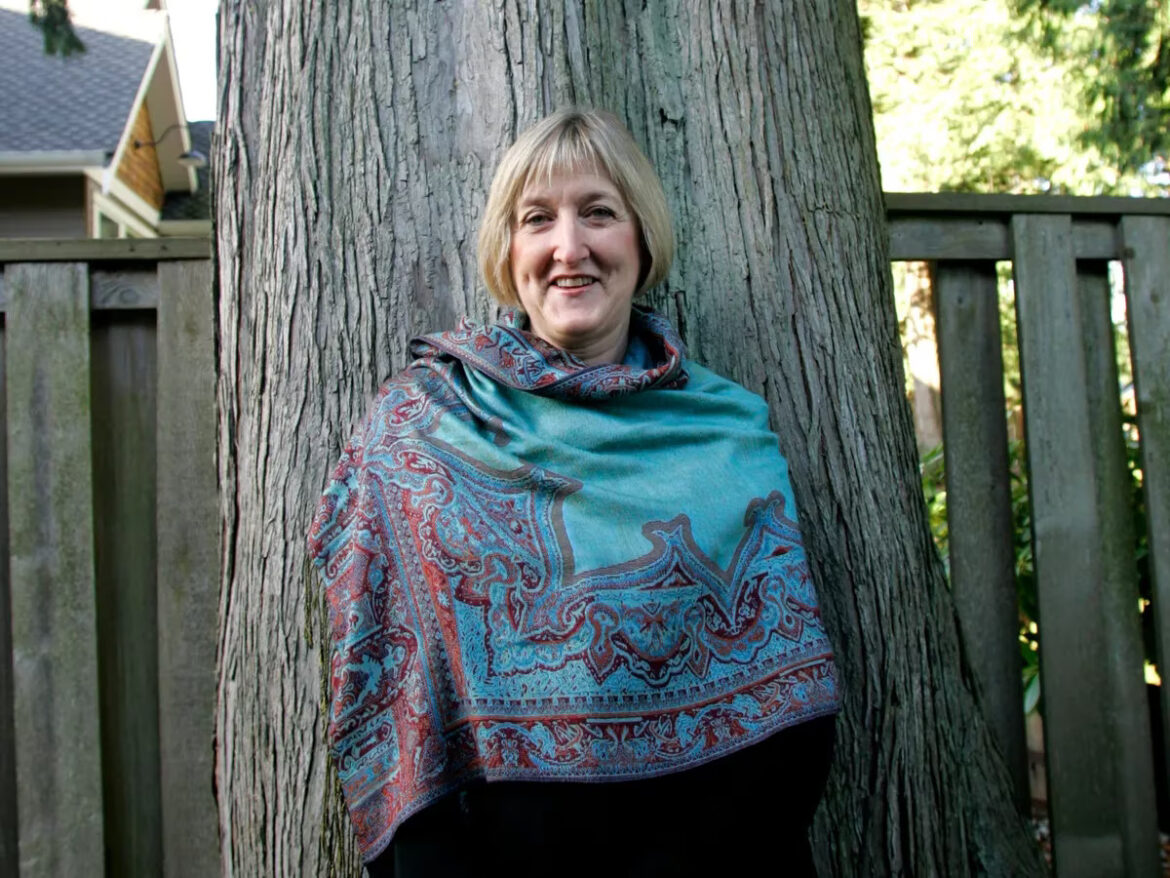 Vickie Cammack was a pioneer in developing real-life social networks to support people living with disabilities long before the online versions became ubiquitous, and she later embraced technology as a vital tool to connect and support vulnerable people.

She was twice invited to 10 Downing Street to share her insights about the non-professional love-based support that typically makes up 80 per cent of all caregiving; she convinced the Mayor of Barcelona to adopt her innovative social network technology in his city’s high schools; and she had a transformative effect on live audiences from the United States and Australia to Brazil and Japan.

The light she shone on the devastating costs of isolation and loneliness led the Vancouver Foundation to release its influential reports on the issue. The emphasis she placed on the unheralded but essential care provided every day by ordinary people inspired Petro-Canada to create the CareMaker’s Foundation to support family caregivers.

These contributions and others were recognized with a host of honours including the Order of Canada, the Humanitarian Award of the Canadian Psychological Association and the B.C. Community Achievement Award.

Yet she never sought to be the centre of attention and was at her happiest in nature, feeding her family or facilitating conversations about the beauty of human connection.

She was a prodigiously busy executive, but one never felt rushed in her presence. She could hold her own in the halls of power but was captured in a multitude of photos mugging for the camera.

Her oft-repeated guiding principle was: “If we had a society where caring was the currency that counted, we could save the world.”

She was joined in that vision by her husband and social innovation partner, Al Etmanski, with whom she had such a deep personal and professional collaboration that filmmaker and disability rights advocate Bonnie Sherr Klein described their partnership as “so symbiotic that it is difficult to imagine one without the other.”

Ms. Cammack, who died of cancer on Dec. 27 at 71, started spreading the concept of social networks in the 1980s, when Mark Zuckerberg was still in grade school.

Although circles of friends have long existed in the disability community and elsewhere, her genius lay in creating a replicable and sustainable model that gave families peace of mind and didn’t rely on government funding.

The model reflected her deep understanding of the value of personal relationships in protecting those at risk of becoming isolated. She developed a deliberate approach to building and nurturing a connected web of caring friends, family and community members committed to collaborating to support the person at the centre to pursue interests, overcome challenges and realize goals – to flourish socially and emotionally.

She and Mr. Etmanski built on this innovation for the next three decades, developing a theory of change around it, and expanding its scope and impact to more than 40 locations around the world. In the process, they helped to shift perceptions so that the presence of people requiring care began to be recognized as a catalyst for transforming communities.

Victoria Margaret Cammack was born on Oct. 30, 1951, in Toronto, and moved with her family to Vancouver when she was six.

An early photograph of her at the beach shows a soaking wet eight-year-old, impishly grinning at the photographer, hands planted firmly on her hips, every inch the confident, laughter-inclined woman she would become.

Her independent and adventurous spirit led her to attend high school selectively, to live in a music-filled Kitsilano party house and to spend a year travelling through western Europe and Central Asia.

But the seed of her impactful future was planted, she said, while she was studying at Simon Fraser University and working part time at one of British Columbia’s neighbourhood houses (mini community centres offering programs designed to address the needs of local residents).

Ms. Cammack had been assigned to work one-on-one with a young man with developmental disabilities. She proposed activity after activity, and he repeatedly resisted or ran away.

Finally, out of ideas, she sat down beside him in silence. Eventually he looked at her and started to smile. Something clicked. “Okay I get it,” she said; “What would you like to do?”

Mr. Etmanski says the story not only presages the special connection she would have with his daughter, Liz, who has Down syndrome, but also demonstrates the approach she adopted from then on: “Ignore labels; take the time to listen and learn; find people’s gifts.”

Their collaborative search for a sustainable solution for parents worried about the futures of their disabled children sparked the social enterprise they co-founded, Planned Lifetime Advocacy Networks (PLAN).

“When Vickie first introduced the idea of networks of support, it was controversial,” Ted Kuntz, who served on PLAN’s board, said. “That reflected the limitations around how we perceived disability, as something requiring institutional care.”

Those who participated in PLAN networks “were enriched by the experience and became better people,” Mr. Kuntz said. The networks’ dynamic helped to shift perspectives away from identifying the person at the centre as a locus of need, to giving the supporters an experience of the individual’s capacity and contributions.

Friends and family members alike described Ms. Cammack’s gift for “stretching” people out of their comfort zone with love.

As news of PLAN’s unique and transformative approach spread, Vickie and Al were invited to share their insights and innovation all over the world. Big-thinking funders were attracted by their desire to scale up the innovative approach to benefit not just people living with disabilities, but the world’s growing population of others made vulnerable or isolated by age or chronic disease.

A web-based app called Tyze became the next step in the evolution of her approach. She saw the opportunity to take the reams of health information being digitized and allow those with care needs access to a closed, secure online space that connected health professionals and the intimate group of friends, neighbours and family that loved them.

The Financial Times, The Guardian and Oprah.com all heralded Tyze as a means of alleviating the health care crisis and addressing the growing epidemic of loneliness.

By 2004, more than 10,000 users had signed up, either to support a cancer patient, co-ordinate care for an aging parent, or manage a chronic disability.

Donna Thomson, who helped establish a PLAN chapter in Ottawa, described the impact of the Tyze network set up for her severely disabled son as “transformative. Shifting the responsibility for his care from an individual to a network,” she said, “allowed us to not only prevent medication errors but also incorporate more human elements.”

If the impact of Tyze was enormous, so too was the investment needed to fund its development. Ms. Cammack successfully raised millions of dollars from private investors and foundations, but jokingly acknowledged the disconnect between her role as a tech startup CEO, and her reliance on her 23-year-old son to troubleshoot problems with her cellphone.

The world of venture capitalism, notorious for being a “bro culture” was also sometimes an uncomfortable fit.

Former Tyze Marketing Manager, Cindy Hughes, remembers being in a meeting with her boss when a self-important potential funder burst into the office and said he’d love a coffee. Ms. Cammack smiled, replied, “So would we,” and thanked him for offering to make a Starbucks run. Sputtering, he did.

It’s a tribute to Ms. Cammack’s grace and the promise of Tyze that he also invested. But when the opportunity came five years into the venture to sell it to what is now SE Health Care, she was ready to hand over the reins.

Ms. Cammack’s death came 14 months after her diagnosis of metastatic pancreatic cancer. It was a cruel end to a life that remained vibrantly full.

In addition to her husband, Mr. Etmanski, she leaves her children, Joel and Lina Caschetto (the latter a talented chef whose food column regularly referenced her mother’s inspiration); stepdaughters, Catherine, Theressa and Liz Etmanski; grandson, Anderson; and her nephews and their families.

Throughout her illness, she continued to care for those supporting her, crafting honest but inspirational emails shared with her own robust social network of friends and family. Although she confessed moments of fear and pain, her sense of humour remained.

After one difficult surgery she reported, “Al was pleased this week when the medical oncologist ‘prescribed’ the odd glass of wine. (We can’t agree whether she was talking to him or me.)”

Her continuing wonder at the majesty of the natural world was also a fixture of her final days. Her son, Joel, a physiotherapist who accompanied her on walks to the ocean from her home at Crescent Beach, in Surrey, B.C., recounts witnessing his mother always stopping to talk to a particular Douglas fir close to the beach.

Trees, as Mr. Etmanski saw it, were “a manifestation of her favourite expression: to keep one hand rooted in the soil, the other stretching to the stars.”