UK to Spend £2.5B on Road Repairs; Potholes Cause 90% of Auto Insurance Claims 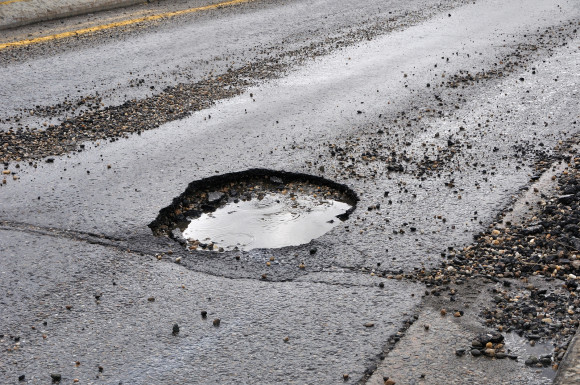 Britain will spend an extra 2.5 billion pounds ($3.2 billion) repairing 50 million potholes in roads over the next five years, the government said ahead of new finance minister Rishi Sunak’s first budget on Wednesday.

Sunak is expected to unveil investment projects in his tax-and-spending plan to meet an election commitment to increase public investment to 3% of economic output, on top of measures to combat the impact of the spread of coronavirus.

The finance ministry said the 500 million pounds [$650 million] of extra spending each year on roads was part of a broader agenda to boost living standards outside London.

“We can’t level up Britain and spread opportunity if we are spending our journeys dodging potholes and forking out for the damage they cause,” Sunak said in a statement.

Britain spent 10.2 billion pounds [$13.3 billion] on its road network in the 2018/19 financial year, including money for new roads as well as maintenance of existing ones.

The opposition Labour Party said previous Conservative-led governments had also pledged to repair potholes and the disrepair of many roads was the price of public spending cuts.

Figures from the RAC Foundation motorists’ organization show that spending on road maintenance almost halved in real terms in the years after the financial crisis a decade ago.

The finance ministry said damage from potholes accounted for 90% of motor insurance claims in the United Kingdom, as well as endangering cyclists and motorcyclists.

Ahead of the budget, the government has announced extra spending on expanding Britain’s broadband and mobile internet network, and on flood defenses.