Time for the Fed to declare victory on inflation? Not yet 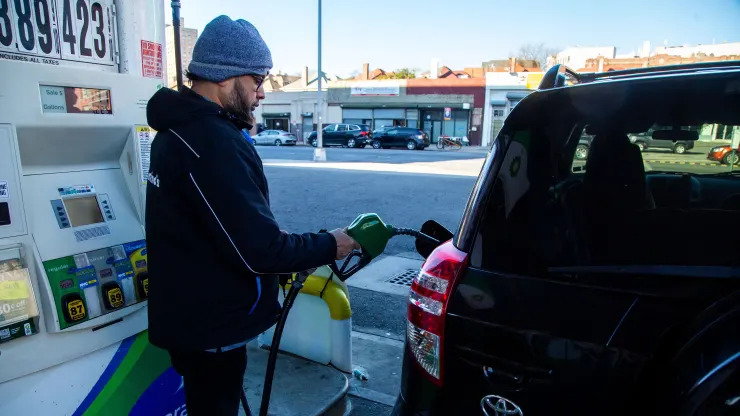 December’s monthly decline in the consumer price index gets the Federal Reserve a step closer to beating inflation, though they’re highly unlikely to signal an easing of policy anytime soon.

The key inflation gauge fell 0.1% for the month, in line with market expectations and was the biggest drop since April 2020.

Though the CPI for all items is still 6.5% ahead of where it was a year ago, the arc has been steadily lower — from its peak at around a 9% annual rate in June 2022 — amid a sharp drop in gas prices and some serious interest rate increases from the Fed.

The question now is how much more evidence policymakers will need to see before they take their foot off the brake.

“If they’re doing a forecast, which is what they should be doing, it strongly argues that their rate increases should be coming to an end soon,” said Mark Zandi, chief economist at Moody’s Analytics. “There’s nothing not to like about this report. Inflation is going to come [down] here.”

Dean Baker, senior economist at the Center for Economic and Policy Research, was even more emphatic. In a tweet, Baker insisted that it’s “Time for the Fed to declare victory and stop rate hikes!” He cited a three-month decline in services inflation less shelter costs as evidence that inflation is on the run.

But considering how aggressive central bankers have been since initiating rate hikes back in March 2022, and how cautious they’ve been about viewing isolated data points as part of a broader trend, the likelihood of taking the win now seems remote.

After all, both headline and core (ex-food and energy) inflation — up 0.3% for the month and 5.7% on the year — are still way ahead of the Fed’s 2% target. Chair Jerome Powell has said recently that the services less shelter component of inflation is a key consideration as rent costs are likely to ebb later this year.

But he and his colleagues also have emphasized the importance of keeping their guard up and have said they see more danger from easing than in continuing to push hard, even if it means grinding the economy to a near halt.

‘Goldilocks’ on the horizon?

What the central bank has going for it now is a robust labor market that has withstood higher rates. But that’s a blessing and a curse, as wages have continued rising and threaten to send inflation higher.

“If you can engineer a decline in inflation without crushing the jobs market, that’s the ‘Goldilocks’ soft landing,” said Randy Frederick, managing director of trading and derivatives for Charles Schwab. “That’s kind of what we’ve seen with the data we got last week and with inflation today.”

December’s nonfarm payrolls report showed a solid 223,000 increase in jobs and an annual decline in average hourly earnings growth to 4.7%. Frederick expects the Fed when it next meets Jan. 31-Feb. 1 to note the data but not to commit to a switch in policy.

“They’ll acknowledge that the data has been improving, which it has. But I don’t think they want to tip their hand on what’s going to happen in six weeks,” Frederick said, referring to the following Federal Open Market Committee meeting March 15-16.

Markets are pricing in a near certainty — 93.2% as of midday Thursday — that the FOMC again will step down the level of its increase, to 0.25 percentage point on Feb. 1, according to CME Group. The expectation is for another quarter point in March, then a pause before the committee knocks as much as a half a percentage point off the fed funds rate before year-end.

Philadelphia Fed President Patrick Harker said Thursday he favors the Fed stepping down to quarter-point increments and then pausing. His fellow policymakers have stated firmly that they don’t see any rate cuts ahead in 2023.

But the market is trading otherwise.

The hike following the March meeting will give the FOMC time to ponder the impact of all the increases, which will be nine in all, totaling 4.75 percentage points, if market pricing is correct.

What’s not expected is any premature signaling of a victory over inflation.

“I don’t think they are close to declaring victory,” said Simona Mocuta, chief economist at State Street Global Advisors. “They will be very cautious in verbalizing that even though they might downshift to [a quarter-point hike], which acknowledges the improvement in the data. But I would not expect the tone and language that comes out of the committee to shift dramatically for quite some time. They are taking the view of better to be safe than sorry again.”

6 Funds to Add to Your HSA