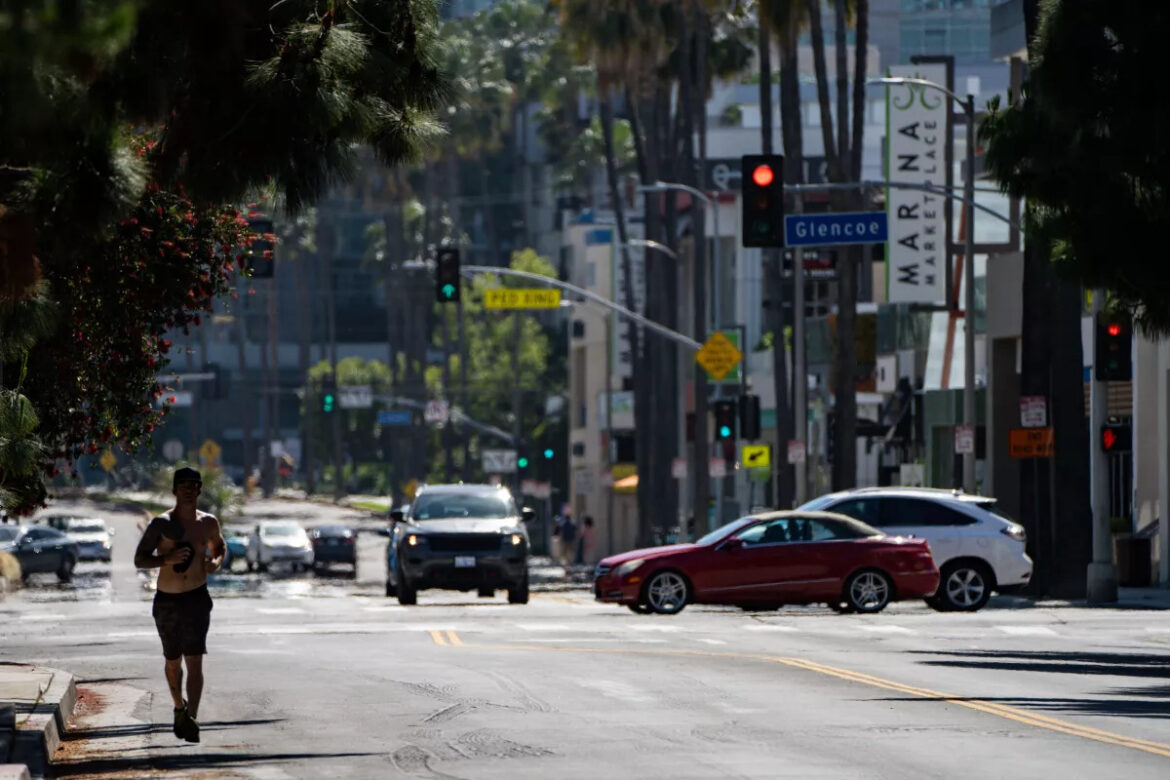 Traffic deaths are on the rise. Not since the 1940s have Americans faced the same risks crossing the streets, in part because drivers have become increasingly aggressive. This is true both nationwide, where the number of pedestrians and cyclists killed in traffic collisions grew by 2% and 8%, respectively, in the first half of 2022, and here in Southern California.

In Los Angeles, more people died in traffic collisions last year than in any other over the past two decades. Los Angeles adopted a Vision Zero program in 2015, setting an intention to eliminate traffic deaths, but the city’s efforts seem to have had little effect.

Our approach to traffic safety, since America adopted it a century ago, remains largely unchanged — even as the number, size and speed of vehicles have all dramatically increased. For the most part, we place a great deal of trust in drivers. We use license requirements to try to educate new drivers and filter out bad ones. But once drivers are on the road, we basically cross our fingers and hope they are responsible. If they aren’t, the repercussions are few: a dark joke among traffic safety advocates is that the easiest way to get away with murder is to run over someone in a crosswalk. Most people who break traffic rules aren’t caught, and when they are caught the punishments are rarely severe.

When they are severe, it isn’t clear that they work or are fair. A steep fine can be shrugged off by an affluent person, but would financially cripple a low-income person. Or take driver’s license suspensions: short of incarceration, taking away someone’s license is one of the harsher punishments in place. But it doesn’t work, in part because, in a country where driving is essential, most people will continue to drive without one. Some of the biggest offenders in the national spike in traffic deaths were people driving without a valid license.

Relative to other regulations, like installing speed limiters on cars or impounding vehicles, a driver’s license suspension does not put the brakes on the automobile. It’s also a hurdle we impose in a strange way. The state will take a license away automatically if people fail to pay child support or miss their traffic court date, but only sporadically for reckless driving. License punishments end up affecting a small group of dangerous drivers — those that police choose to stop and cite.

Ramping up license suspensions, however, won’t solve our crisis. Punishments that actually change behavior are ones that are swift and certain, more so than severe. Imagine you are in a hurry, approaching a light that is already yellow. Will you run the red? You might be less likely to do it if your passenger told you, as you were about to accelerate, that the penalty for doing so was $1,000. But you’d be more unlikely to do it if a police car was right behind you. The probability of being caught matters. So does the swiftness of the consequence.

A license suspension performs poorly on both counts. For the most part, the only way a driver can get punished for running a red light or speeding is if a police officer happens to witness it and decides to stop and cite the driver.

We can’t put officers at every dangerous intersection. But we can put cameras at every one. Speed and red-light cameras are a surefire way to reduce speeding and traffic collisions, because the probability of being caught is close to 100%. Drivers are less motivated by the possibility of high fines than they are by the high probability of a ticket. If a driver thinks they will get a fine, the fine doesn’t need to be that high to encourage better driving.

To address the sudden and severe dangers of driving, we coast on status quo license policies that don’t work, and shirk from those that do. Rather than just hoping for individual restraint and rule-following, we should encourage them by adding traffic cameras to busy streets and intersections. We can slow drivers by making streets narrow and limiting how big and fast our cars can be. But more immediately, we should effectively punish careless drivers to keep them from driving dangerously in the future.

Every traffic collision is a needless tragedy. We can, and must, do the right thing: Enforce traffic laws equally and unequivocally.

Miriam Pinski studies equitable transportation policy and is a research analyst at the Shared Use Mobility Center.

How Much Is a Speeding Ticket in California?

New California laws going in to effect in 2023