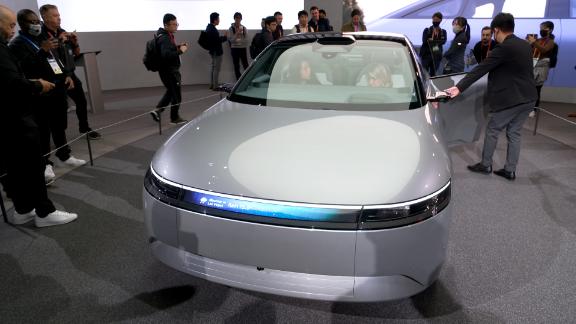 Americans can once again buy cars for less than sticker price. But that doesn’t mean they’re finding bargains at their local dealerships.

A year ago, record tight inventories meant 80% of buyers were paying more than the manufacturers’ suggested retail price (MSRP), or sticker price, according to data from Edmunds. For decades, car buyers had been able to negotiate a discount.

Today, only 36% of buyers are paying above sticker. After paying an average of $700 above MSRP in the spring, buyers paid an average of $300 less than sticker in December.

That’s still far less than the $2,600 average that buyers saved on the sticker price in 2019, according to Edmunds’ data — while the average transaction price remains at a record high, according to data from both Edmunds and Cox Automotive, which both track car sales, prices and inventories.

Improving inventory
The auto industry’s inventory shortage, which began in early 2021, was driven by a lack of parts, most notably computer chips. That crunch meant cars and trucks were being sold even before they arrived at dealerships — so if someone didn’t want to pay above sticker, there was no shortage of buyers who would.

The inventory of parts, and new cars, has since started to improve. Car dealer lots are fuller than a year ago — Cox estimates the supply of new cars has increased by 800,000, or 83%, from the start of 2022 — but that’s still more than 1 million vehicles below historical inventory levels.

Automakers have concentrated on using the increased supply of chips and other parts to build their more expensive — and more profitable — models, such as large SUVs and pickups and hot new EVs, which come with a high sticker price of their own (,as well as a wait list for buyers).

Cheaper models, such as compact sedans, are still in very short supply, especially since General Motors, Ford and Chrysler parent Stellantis have more or less pulled out of those markets. Asian automakers that still make the cheaper car models also have some of the tightest inventories.

Even if buyers are paying less than sticker today, they’re also getting less for the cars they’re trading in, as the value of used cars has fallen sharply in the last six months.

Without the tighter inventories that drove new car buyers into the used car market, prices for used cars have fallen by about 9% over the past year, according to the Consumer Price Index, the government’s key inflation measure. Prices for vehicles five or more years old are down about 15%, according to data from Edmunds. That means the value of trade-ins has dropped by about $3,000, or 11%, just since the peak in June.

In addition, interest rates have risen sharply as the Federal Reserve has hiked rates in an effort to bring inflation under control, and buyers are having to fork out record-high car payments, including the longest loan terms on record, to drive cars off the lots.

There are signs that things will get better for new car buyers in the months ahead as inventories continue to build. That will give buyers more chances to haggle once again. Incentives offered to attract buyers, which had virtually vanished, are rising once again, according to the data.

“Inventory is on an upward trajectory. That opens up for some price easing,” said Zack Krelle, industry analyst at TrueCar.

Unfortunately, the biggest thing that could help prices could be a downturn for the economy, with a rise in job losses and unemployment. That would likely take a large bite out of demand, and help to push prices down. But prices may not drop as much as in past recessions, given the pent-up demand of buyers who have stayed on the sidelines for the last few years waiting for the chance to buy, according to Krelle.