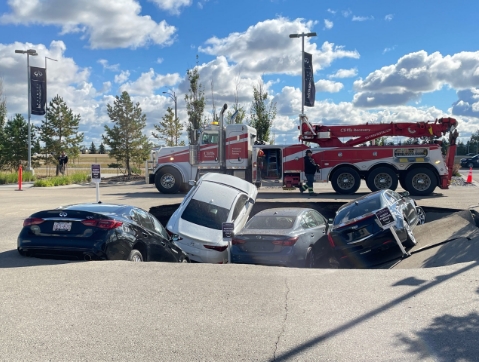 Four luxury vehicles presumably suffered some damage after they were swallowed up by a sinkhole in south Edmonton.

It’s not yet clear when the sinkhole opened at the Infiniti dealership at 2110 103A St SW.

But four cars found themselves a few feet below street level by late Tuesday morning.

Some debris could be seen on the cars’ windshields.

The sinkhole was roughly 24 feet in diameter.

The perimeter was marked off by orange cones.

CityNews spoke to a tow truck operator who says the vehicles will have to be lifted out of the sinkhole, as opposed to being towed out.

PHOTOS & VIDEO OF CARS IN SINKHOLE: 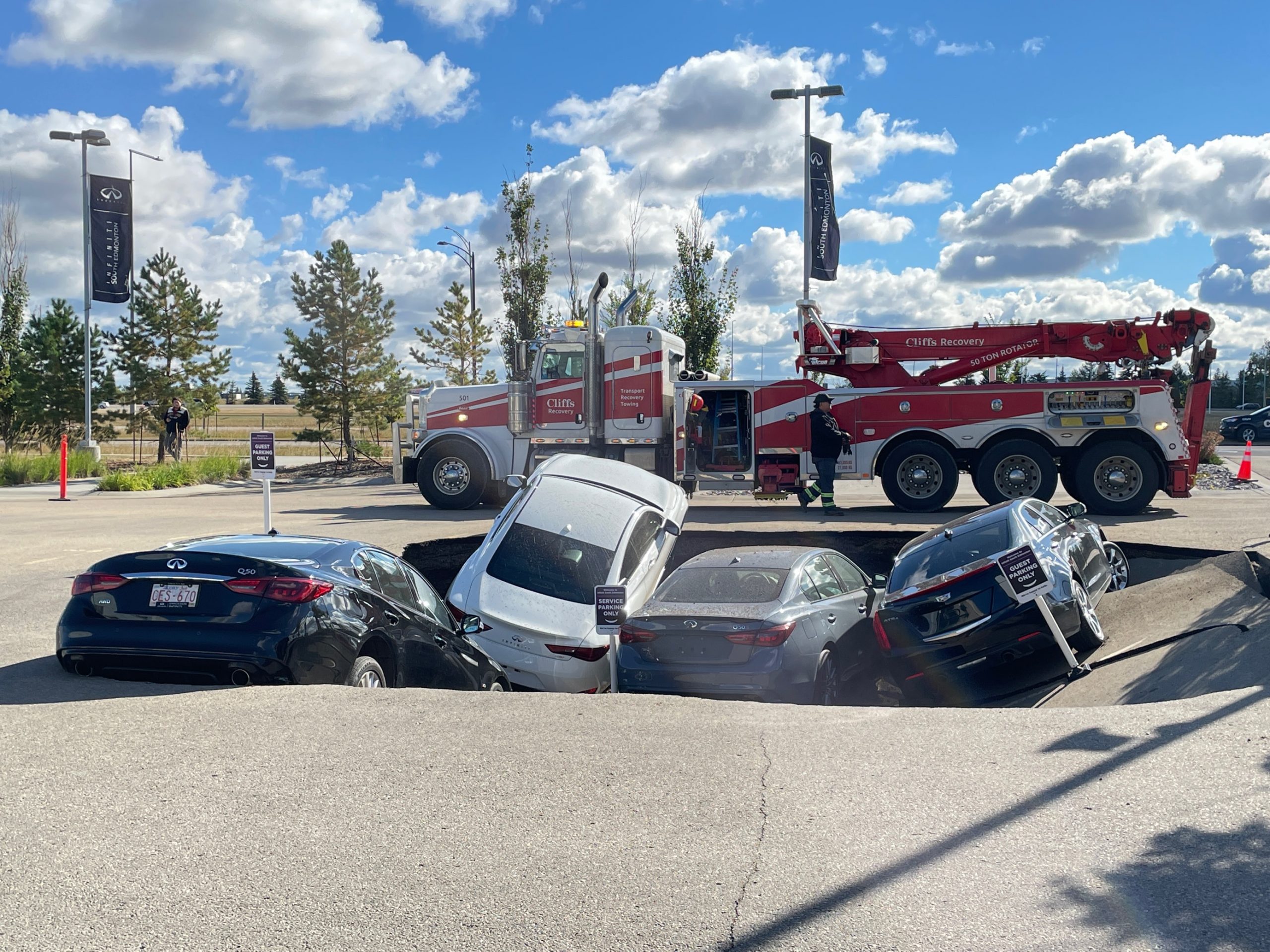 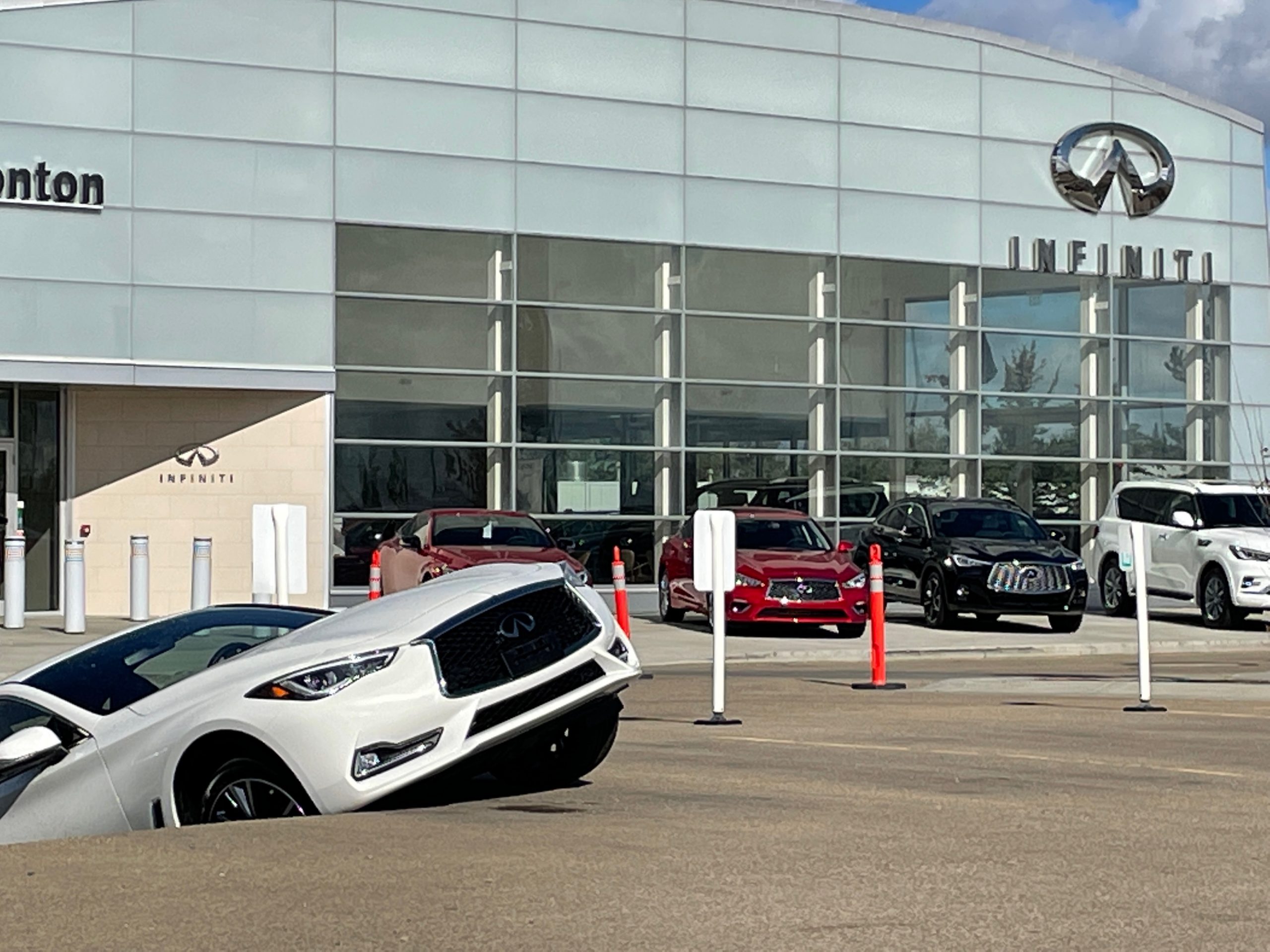 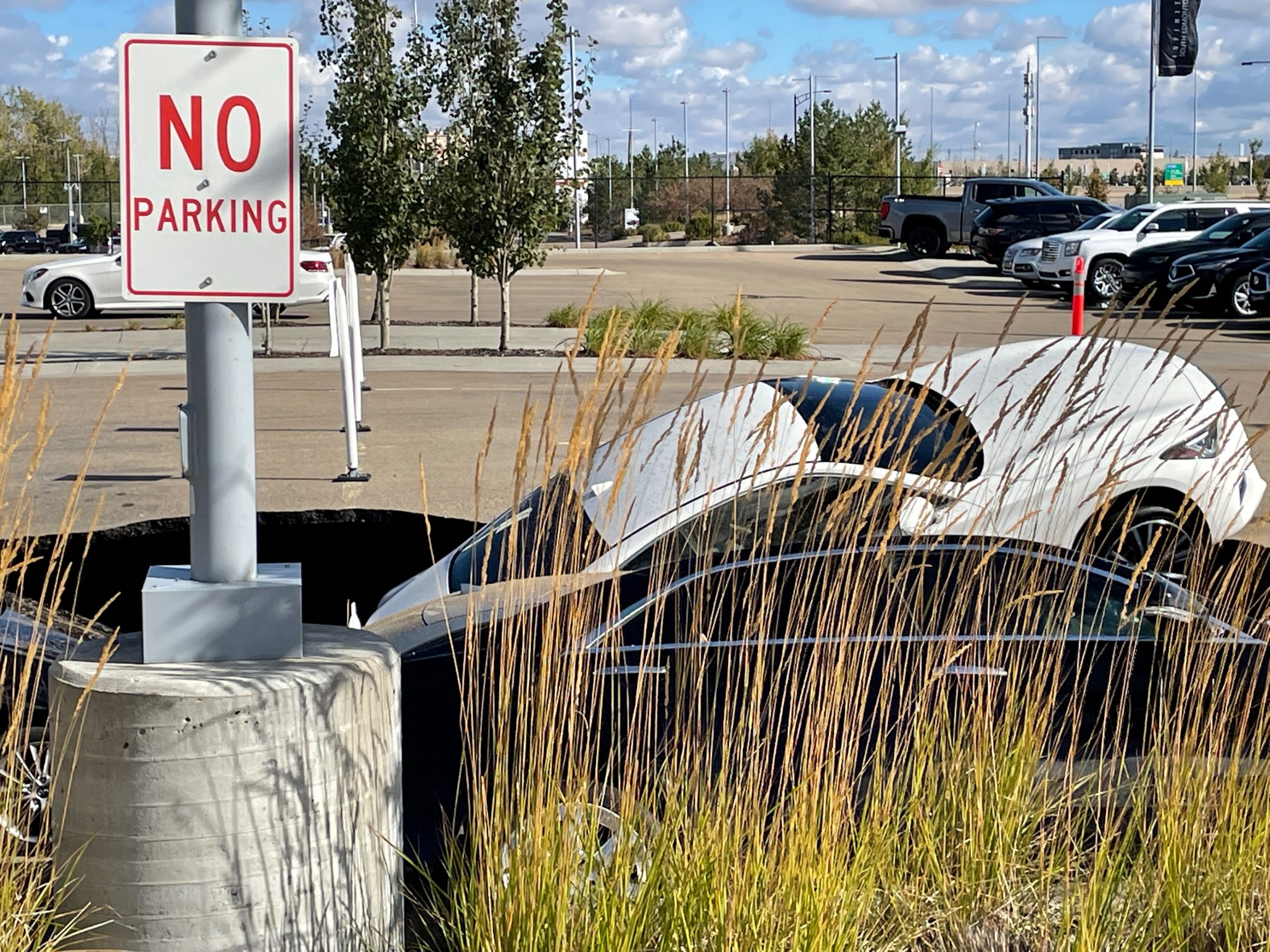