Karol G, Becky G, Farruko and more party it up at Calibash in Los Angeles 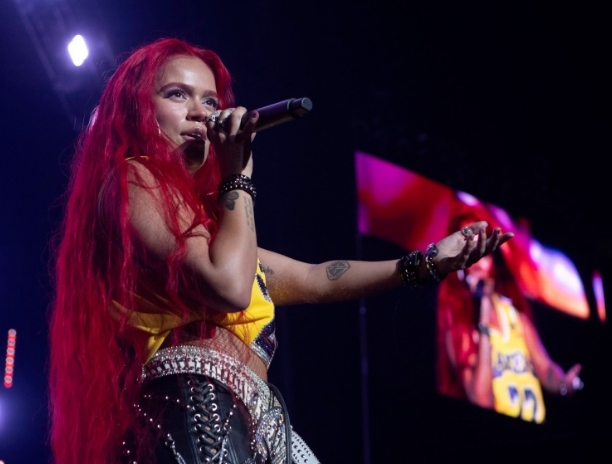 There was no shortage of reggaeton and pop party hits being performed by big-name Latin artists at 96.3-FM Mega’s annual two-day Calibash at Crypto.com Arena in Los Angeles on Sunday, Jan. 22.

The Latin megafest has been a staple on the West Coast for 16 years and is devoted to urban music that dives into the evolution of reggaeton and pop artists. It is widely known for its surprise performances through the years, with everyone from from Cardi B to Justin Bieber showing up as special guests.

This year, Calibash was presented with a special twist. Instead of the usual dozen acts booked for each night delivering super short performances, only seven were chosen for each date in 2023 to give the event a more carefully curated feel and let the artists have more stage time.

Despite less acts and some frustrating last-minute change ups for fans — including Chencho Coleone switching from Saturday to Sunday to take Sech’s spot, and Zion & Lennox suddenly dropping off the bill without warning — overall these were strong lineups. 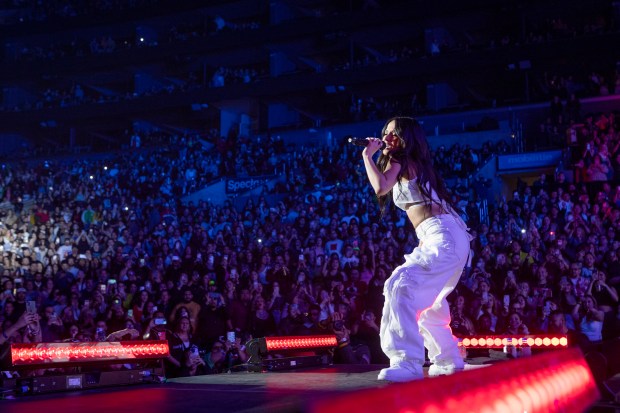 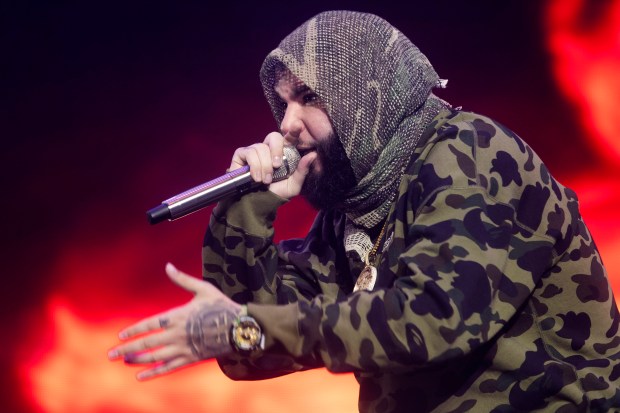 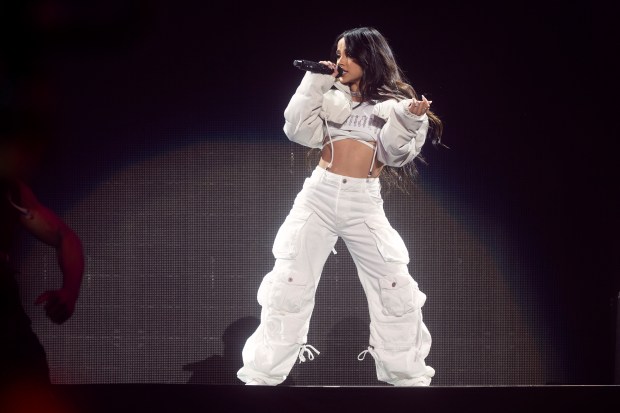 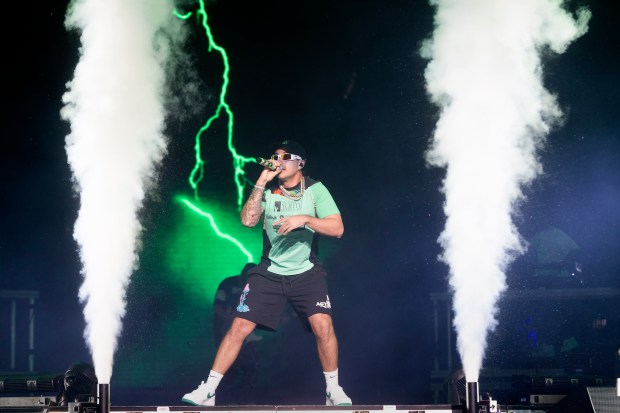 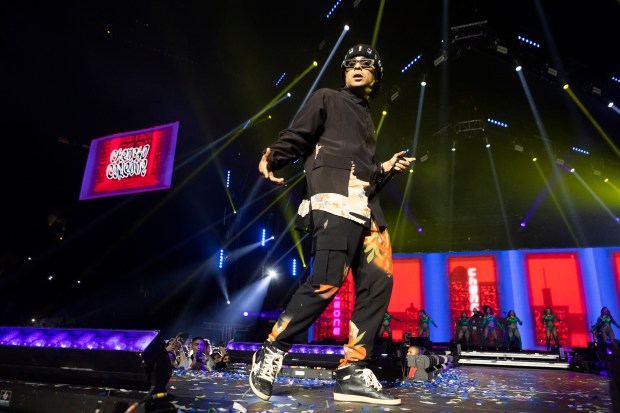 Here are a few of the highlights from Calibash 2023.

Having already played Calibash in Los Angeles a trio of times, Becky G’s set was bigger and better than ever this year.  In November, she was nominated for four Latin Grammy awards and she’s become a powerhouse in the Latin music scene. Her 25-minute set opened with the reggaeton classic “FULANITO” featuring El Alfa and she brought out a handful of backup dancers to add fire to the live performance.

“What’s up, Los Angeles” she screamed with her hands in the air and a giant grin to match. “It’s so good to be home.”

She rushed to the front of the stage, where fans in the pit raised their arms for a chance to grab her hands. It was clear she was giddy, and rightfully so, as it’s a massive hometown show for the 25-year-old star. Songs such as “Sin Pijama,” “Mayores,” NO MIENTEN” gave attendees a taste of her Latin pop confections. “Ya acabó,” a collaboration with California-based Regional Mexican group Marca MP came next, with the band coming on stage to sing the ballad.

After wrapping up that surprise, a fan threw Becky a Mexican flag, which she proudly draped across her shoulders much to the delight of the cheering crowd.  With her family hailing from Jalisco, Mexico, she continued the last few minutes of the set with the flag, proudly wrapping herself in it like a big warm blanket, as she finished with “Bailé Con Mi Ex” off her 2022 record “ESQUEMAS.”

Sign up for our Festival Pass newsletter. Whether you are a Coachella lifer or prefer to watch from afar, get weekly dispatches during the Southern California music festival season. Subscribe here.

Farruko: From Reggaeton to Religion

Farruko, a Puerto Rican sensation, gave fans a little bit of a church sermon and a powerful performance infused into one. The artist received some heat in the past year after announcing at a sold-out Miami show that he was retiring, coming to terms that success and fame have only made his life more complicated. But as for his Calibash performance, Farruko was in high spirits and even played some of his most well-known tracks, along with some new church-esque ballads.

The singer walked out in a head-to-toe camouflage fit, while his eight backup singers, which looked like a church choir, sported all white. His smash hit “Pepas” had everyone out of their seats to dance while shouting along to the chorus. It was uncertain if he’d play the song since he hadn’t in more recent performances due to his newfound religion, but the fans were sure grateful for it. At one point, a fan threw Farukko a Puerto Rican flag, which he swiftly picked it up to wave around while singing on stage.

Other highlights from the set included “Viaje,” “Calma,” and “La Tóxica,” which closed out the night, along with a massive amount of confetti being launched into the nearly sold-out arena.

Karol G seemed to be the crowd favorite for the night. Following the success of her solo arena tour, the Colombiana is in peak form and displayed as such during her turn at Calibash.

Coming out in a bedazzled, cropped Lakers jersey with a rather large bedazzled belt and black jeans to match, the reggaeton star started strong with hits “GATÚBELA” and “BITCHOTA,” two fan-favorites that have garnered mass success for the singer. What made Karol G even more enticing was her support from an all-female band behind her and a click of 10 female backup dancers that followed her wherever she ran.

Throughout her career, she’s put emphasis on uplifting other women in music and midway through her set, she exemplified that.

“There are new artists constantly that one goes crazy over, and tonight, there is one in the crowd called Young Miko,” she proudly shouted as she pointed to a young girl standing on the right side of the stage wearing a black puffer jacket. She looked excited and nervous as Karol G took her hand and the two embraced in a hug and hinted at a possible collaboration in the future.

“MAMIII,” the Latin Grammy-nominated track was up next and the crowd was whipped into a frenzy as it sang and danced along. She ended the set with “Provenza,” the popular Latin summer radio hit that she morphed into a Latin trap remix for the show that included a massive confetti finish.

Game Day: Big night for LeBron, another L for Lakers