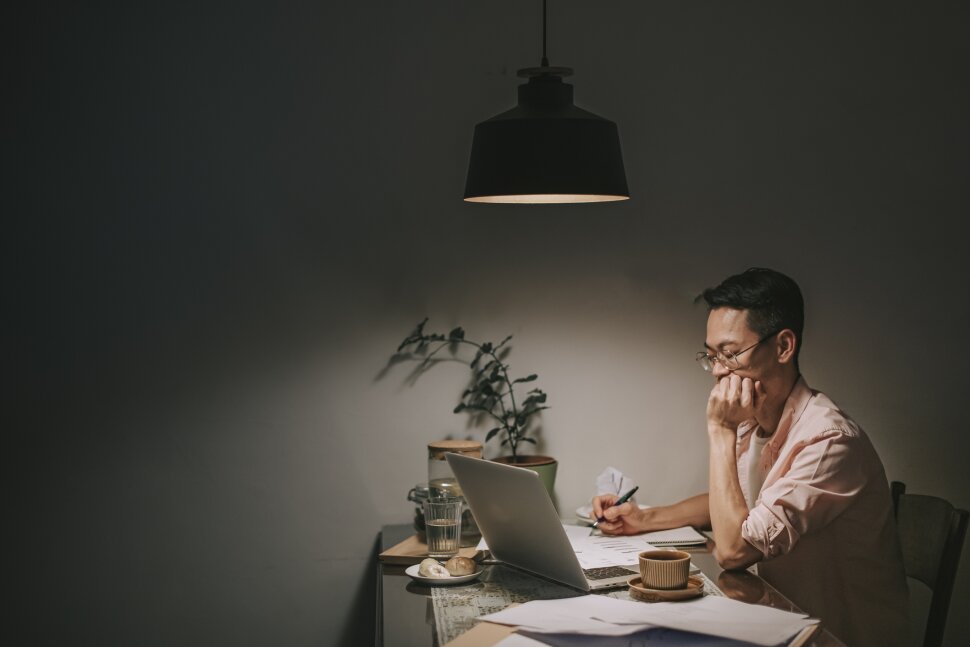 When it comes to measuring the strength of the economy, one of the most important metrics to watch is the gross domestic product, or GDP.

This week, the Commerce Department announced the U.S. had experienced two consecutive quarters of negative GDP growth – meeting a common definition of a recession. But other economic factors like the unemployment rate observed alongside this critical GDP benchmark can provide a more complete picture of today’s economy.

“GDP is a backward-looking indicator of whether the economy is growing or its shrinking,” says Jason Steeno, president of CoreCap Advisors. “That is something that is of interest to anyone participating in the markets, including investors, business owners, and economists.”

GDP is the total value of a geographic region’s output, or its finished goods and services, over a certain period.

A growing GDP is an indication of a strong economy, while a shrinking GDP signals a weaker economy and the potential for a recession. In the U.S., the Bureau of Economic Analysis tracks the country’s GDP, releasing updated figures on a quarterly basis.

The agency releases two versions of GDP each quarter: real, which strips out inflation, and nominal, which just looks at the numbers.

“If you look at it in nominal terms, you miss a lot of the details,” says Erik Lundh, principal economist at The Conference Board. “The nominal number doesn’t really calculate growth, because since it may only be going up because things cost more than they did a year ago. The real one strips out inflation and compares apples to apples in terms of value today versus a year ago.”

In the first quarter of this year, U.S. GDP shrank 1.6%, after increasing 6.9% in the fourth quarter of 2021, according to the Bureau of Economic Analysis. Another quarter of contraction followed in 2022, when GDP fell at an annual rate of 0.9% in the second quarter.

Is Another Recession Coming in the U.S.? Watch for These Warning Signs. ]

How GDP Is an Indicator of a Recession

It’s also important to keep in mind that GDP is a lagging indicator, meaning that it’s a backward-looking gauge, and that it often gets revised after the initial release. Economists, investors and business leaders all watch the real GDP releases closely and use it as one factor in decisions about their portfolios or company strategy.

“We care about GDP because it’s a measure of the health of the economy,” says Stephanie Link, chief investment strategist and portfolio manager at Hightower. “A strong GDP translates to a better economy, which means better jobs. If we see a negative GDP, it’s the opposite. A good economy can mean a good equity market, because stocks follow profits and profits follow the economy.”

How Long Do Recessions Last? What We Can Learn From Past Recessions ]

Measures to Formally Declare a Recession

Some economists cite a rule of thumb, which holds that two consecutive quarters of economic contraction, or shrinking GDP, mean that the country is in a recession.

However, the official call about whether the country is in a recession comes from the National Bureau for Economic Research, which considers GDP figures as well as other economic factors. In the current economy, for example, the NBER may be weighing declining GDP against continued low unemployment and rising wages.

While the NBER has announced many recessions that coincide with two consecutive quarters of declining GDP, there have been times when an official recession has not met that threshold.

During the 2020 coronavirus recession, for example, GDP only declined in one quarter (the second quarter of 2020) before rebounding the following quarter, but that decline was so steep and so broad-based that the NBER declared this brief period a recession. In most cases, the NBER does not announce a recession until several months after it has begun, and sometimes the announcement comes after the recession has already ended.

Inflation Rates Are Breaking Records. Here’s What You Need to Know. ]

That said, sometimes the concerns and fear around a potential recession can become a self-fulfilling prophecy. That’s one concern now, especially with inflation continuing to rage, says Jonathan Heckscher, managing director of fixed income and chief investment officer of Fiduciary Trust International.

“The problem now is that inflation is at 9.1%, so the average American feels like they’re worse off today than they were a year ago, so in their head that means we must be in a recession,” Heckscher explains. “And the longer that psychological dynamic continues, the longer they may change their habits and spending, and the more likely we will end up in a recession.”