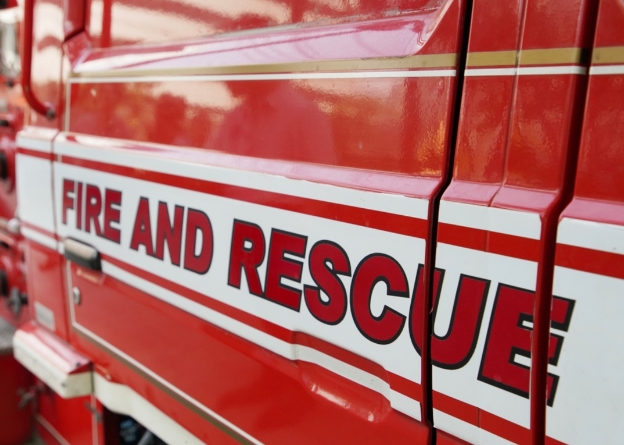 SAN RAFAEL, CA — A portable space heater that was left on when employees went home was the likely cause of a fire Sunday night at Marin Volvo in San Rafael.

The San Rafael Fire Department responded at 5:26 p.m. to the dealership, at 619 Francisco Blvd. E., where a fire was burning inside the parts and auto repair department. Firefighters encountered large amounts of smoke coming from the building that’s to the rear and detached from the main showroom.

Sales staff confirmed no one was inside the rear building. Crews entered the structure and quickly extinguished a fire in the parts warehouse area that was already being controlled by the building’s fire sprinkler system.

The fire was contained to an employee work area and various parts and equipment in the immediate vicinity. There was no structural damage, though there was “significant” water and smoke damage.

Fire officials said the fire was likely caused by a portable space heater in the parts department warehouse that was accidentally been left on after employees closed for the weekend. It wasn’t clear whether the appliance overheated and caught fire or excessive radiant heat eventually ignited nearby combustibles.