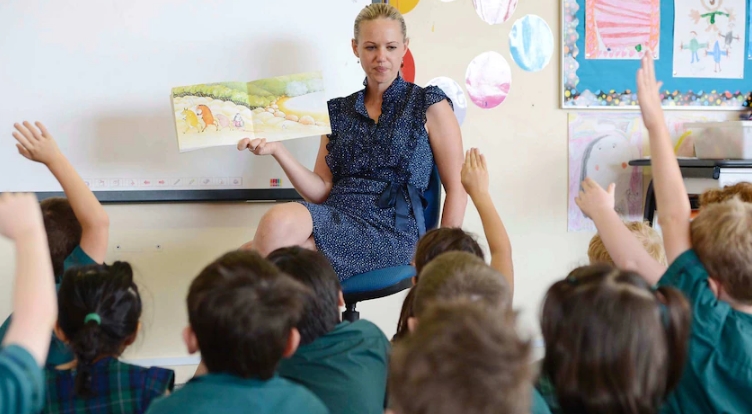 Federal Education Minister Jason Clare says he and his state counterparts face “a massive challenge” to fix teacher shortages, as he meets with them for the first time today.

The first meeting of education ministers since Anthony Albanese’s election win will be attended not just by politicians but also teachers, principals and representatives from the unions and independent and Catholic school groups.

Mr Clare told ABC Radio National that classrooms were growing, but fewer teachers were available to run them.

“You have more and more kids going to school … at the same time we have seen a drop of 16 per cent of young students going into teacher training,” he said.

“There aren’t many more jobs more important than being a teacher and we just don’t have enough of them.”

The graduation rate for teachers is also far lower than for other university students, sitting at just 50 per cent compared to an average of 70 per cent for other degrees.

Mr Clare said the government had already committed to offering $40,000 bursaries to some students, but state and territory ministers will today also consider whether students and people seeking to retrain as teachers should be offered paid internships or other upfront incentives to study.

The NSW government has already backed the Commonwealth government to consider university incentives to attract and improve retention of students studying education.

It is arguing against a national push on teacher pay, saying that should be left to the states — and it’s considering an overhaul on pay agreements, proposing to offer $73,737 for new graduates and a salary up to $117,060 for teachers who gain accreditation as a highly accomplished or lead teacher.