Beto Calls Out Heckler Laughing Over Uvalde: ‘It May Be Funny to You, Motherfucker’ 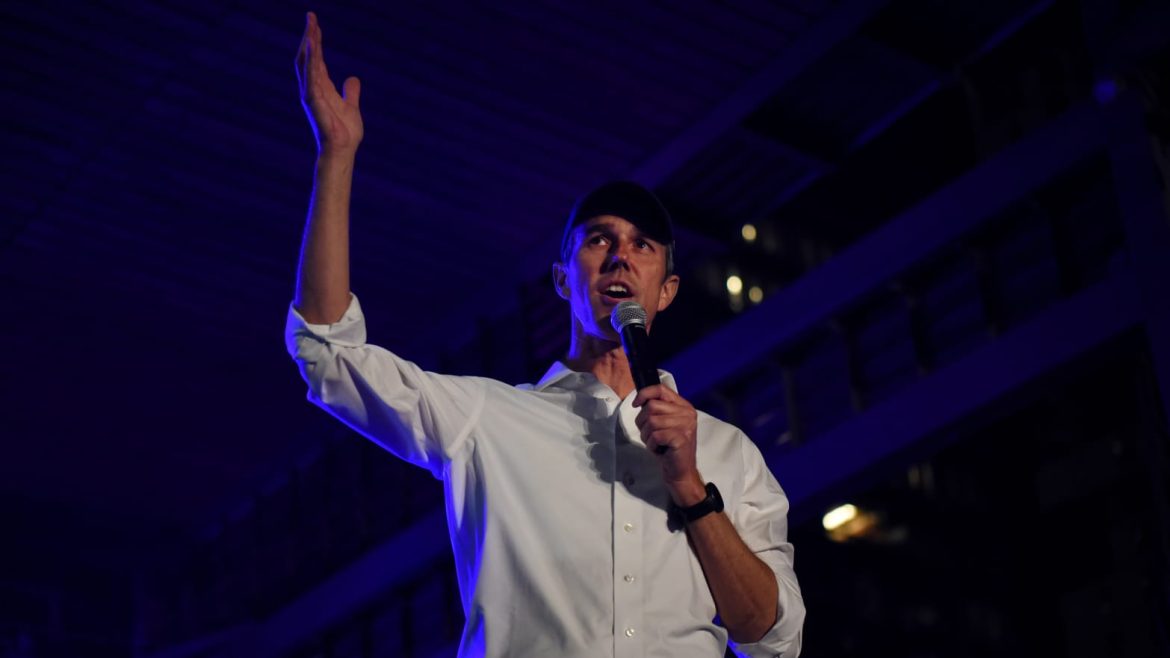 Beto O’Rourke hit back at a heckler who laughed out loud Wednesday as the Texas gubernatorial candidate discussed the Uvalde school massacre.

O’Rourke was speaking to a crowd at a town hall in Mineral Wells during his 49-day tour of Texas when he began discussing the recent mass shooting that killed 19 children and two teachers.

“I’m going to make sure that now, 11 weeks since we lost 19 kids and their two teachers, shot to death with a weapon originally designed for use in combat, legally purchased by an 18-year-old who did not try to obtain one when he was 16 or 17 but followed the law that’s on the books, ladies and gentleman, that says that you can buy not one, you can buy two or more if you want to, AR-15s, hundreds of rounds of ammunition, and take that weapon that was originally designed for use on the battlefields in Vietnam to penetrate an enemy soldier’s helmet at 500 feet and knock him down dead…”

It was then that a man could be heard laughing loudly in the background.

“Up against kids at 5 feet… it may be funny to you, motherfucker, but it’s not funny to me, OK?” O’Rourke said.

The crowd then erupted in applause, giving O’Rourke a standing ovation.

“We’re going to make sure that our kids who are starting their school year right now, that they don’t have to worry about somebody walking into their school with a weapon like this,” O’Rourke said.

After the event, O’Rourke tweeted: “The parents in Uvalde are demanding action to address gun violence so no more families have to go through what they are experiencing. As governor, I will work with them to deliver it.”

According to footage posted to social media, the man was among a group of counter-protesters and supporters of Gov. Greg Abbott who were reportedly allowed to enter the premises.

In one video posted to Twitter by Roza Calderón, who confirmed to The Daily Beast that she was in the crowd at the time and sitting “just in front of the counter-protesters,” police can be seen speaking with one of the Abbott supporters who was allegedly among those laughing.

“While speaking about the Uvalde massacre every single Abbott supporter laughed as loud as possible, as if it were a joke,” she said.

She told The Daily Beast a few groups of Abbott supporters showed up, including a group of women.

“The group of men you see in the video were there to antagonize the crowd,” Calderón said. “They stood in the back speaking loudly over the guest speaker. They would make horribly racist or homophobic comments and laugh to get a rise.

“I’d say the whole room was trying to be cordial and welcoming to the Abbott people. When Beto went up to speak he reiterated that we were ALL welcome to join the discussion.

“When he spoke about the Uvalde shooting the men started heckling and laughing boisterously. It’s when Beto made the comment. The men were visibly embarrassed, and one of them started yelling like he was going to teach Beto a lesson. Event staff tried to calm him down, but they couldn’t. A police officer was flagged over to help.”

O’Rourke, who is appearing in Republic Party strongholds, has been a vocal supporter of gun control and more restrictive laws.

The footage has been widely shared online, with Fred Guttenberg, whose 14-year-old daughter Jaime was killed in the Marjory Stoneman Douglas High School shooting, praising O’Rourke: “This is how you respond when someone laughs loudly while discussing the mass shooting in Uvalde.”

Founder of Moms Demand Action, Shannon Watts, urged voters to donate to the O’Rourke campaign and asked, “Please knock doors for Beto. Please get out the vote for Beto.”