On display at the Tokyo Auto Salon, the Corolla Levin and Sprinter Trueno are Japan-market variants of the sporty yet economical U.S.-market Corolla GT-S of the era. 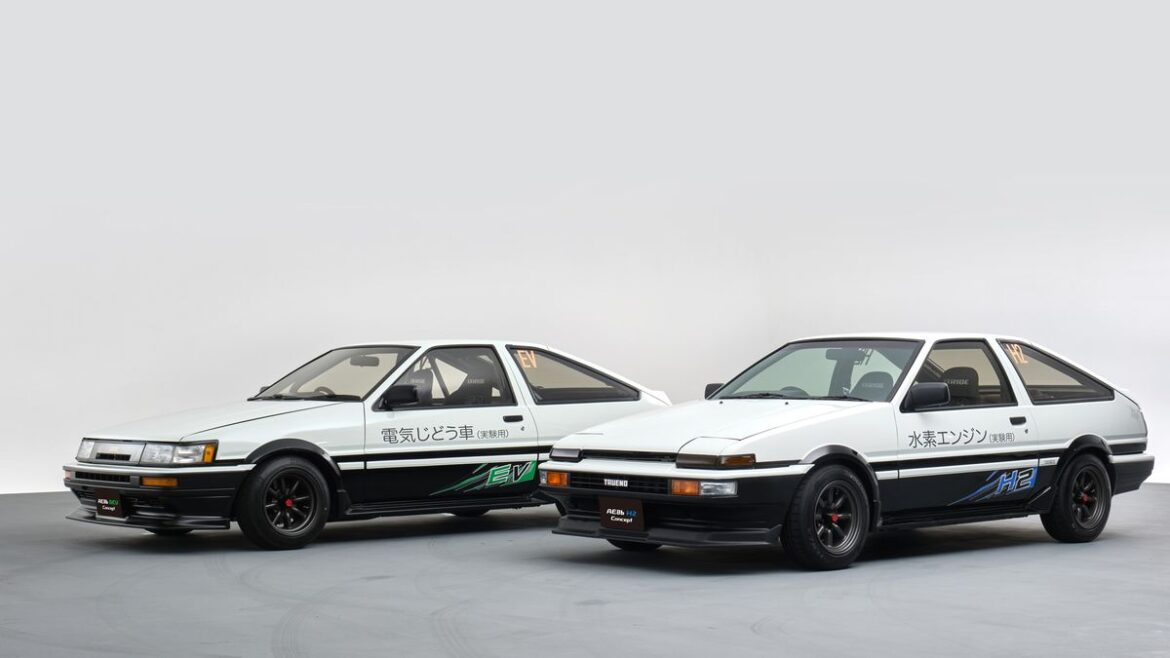 If asked to list Toyota’s most important heritage vehicles, you might jot down the mighty twin-turbo Mk IV Supra, the unkillable Hilux pickup truck, the wafting Toyota Century (Japan’s only production V-12), or perhaps the million-dollar 2000GT. However, the most famous Toyota of all time is an underpowered hatchback with pop-up headlights and a speed warning chime that comes on if you exceed 64 mph. At this year’s Tokyo Auto Salon, Toyota moved to preserve the heritage of this little car, building a pair of restomods at great expense: one powered by liquid hydrogen, the other with a battery and electric motor.

Out of context, Toyota’s efforts seem a little like GM’s engineers showed up and said, “Good news, everyone, we’ve saved the Chevette for future generations!” However, the Corolla Levin and (more important) Sprinter Trueno shown off this week are far more than mere sporty commuters. In North America, these cars were sold as the Corolla GT-S, and they had a small but enthusiastic following. In Japan, they were known by their chassis code—AE86 or hachiroku, Japanese for eight-six—and they were rock stars.